Speculation of the CFPB’s impending dismantlement under the Trump Administration has been swirling since the election and this is just one of the latest in a series of moves pertaining to the CFPB that lends some credence to that speculation.

END_OF_DOCUMENT_TOKEN_TO_BE_REPLACED 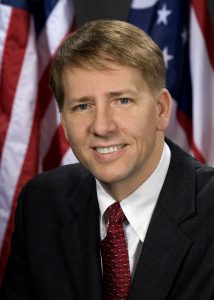 This week, Richard Cordray handed in his resignation as head of the Consumer Financial Protection Bureau (CFPB). The early resignation comes at a time of increased criticism over current financial regulations and an uncertain outlook for many regulatory bodies. The CFPB especially, has been subject of intense criticism from the financial industry as overbearing and stifling.

As Director, Cordray was very much the face and voice of the bureau. Under Cordray, the Consumer Bureau held very close to the guiding tenets under which it was created: to protect financial consumers from unethical behavior. His departure leaves senior officials in the bureau and supporting lawmakers scrambling to secure the future of the CFPB against a regulatory overhaul.

What exactly is the CFPB?

END_OF_DOCUMENT_TOKEN_TO_BE_REPLACED 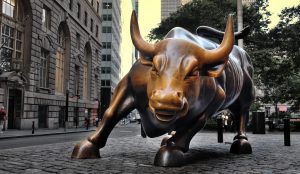 Out of Sight, Out of Mind?

Is 2008 far enough in our rear-view that we’ve already forgotten the same mistakes that brought the financial industry-and U.S. economy-to the brink of collapse? Evidently, it is for banks and policymakers.

You have probably been hearing a lot of talk about impending “reviews” of current financial regulation measures; the very regulations put in place immediately following the aftermath of the 2008 collapse; the very measures that are meant to ensure that kind of thing doesn’t happen anymore. However, these calls for review signal a clear intention for some of a desire for wide-scale financial deregulation.

END_OF_DOCUMENT_TOKEN_TO_BE_REPLACED

If you’re a few months behind on your mortgage payments, the bank that loaned you the money to purchase your home (or alternatively, the company that services the loan) will likely file a lawsuit with the intent to sell your house and use that money to pay down your loan.  If the money achieved from the sale is not enough to pay down the entire loan, the bank can still pursue you for the remainder owed or the deficiency.  This process is commonly called foreclosure and the pursuit of a deficiency judgment.