This month The Trump administration, through acting CFPB Director Mick Mulvaney, announced sizeable restrictions to CFPB’s enforcement and day-to-day oversight of the financial industry’s fair lending practices. The move comes shortly after Mulvaney was installed as Acting Director following the departure of Richard Cordray.
Speculation of the CFPB’s impending dismantlement under the Trump Administration has been swirling since the election and this is just one of the latest in a series of moves pertaining to the CFPB that lends some credence to that speculation.
The decision will restrict the role of the Office of Fair Lending and Equal Opportunity – the fair lending enforcement arm of the CFPB – to one strictly focused on education and advocacy. The Office was also moved under the direct oversight of the Director’s Office, placing even more first-hand control with the Director.
Additionally under Mulvaney’s  direction, the bureau has dropped several payday loan cases and has announced plans to review current restrictions on payday lenders recently put in place by the CFPB under the Obama Administration.
You may be more familiar with payday loans as a cash advance or paycheck loan. They are short term loans given at significantly higher interest rates. They are typically requested for immediate funds available in advance of a payroll check, with the principle and interest being paid shortly (typically after a paycheck is received). 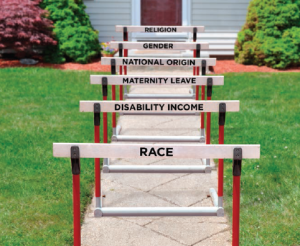 Critics of the CFPB have long claimed that the bureau over-extends itself in terms of regulation and oversight. A prominent component of its oversight responsibilities focus on fair lending enforcement; ensuring that consumers are not discriminated against by lenders. This means, that you cannot be denied credit based on superficial terms such as race, sex, or religion.
Have you ever heard the term “redlining”? It is a term used by the financial industry to describe lenders refusing credit based on residential demographics. Essentially, if you live in an area that the lender deems high-risk, they may reject your loan application.
Of course this is completely illegal, but it hasn’t stopped lenders from trying. And this, along with other forms of discrimination, are exactly what the CFPB has been tasked with monitoring.

Looking for redlining and other lending discrimination

There are the few things that the CFPB looks at when a bank or lender is suspected of engaging in discriminating practices:

In addition to ensuring that consumers have fair, equitable access to credit options, the CFPB has also played a considerable role in protecting consumers from being victimized by predatory loan practices. Most specifically, as they relate to payday loan or cash advance loan programs.
The CFPB has aggressively gone after payday lenders in the past, including bringing lawsuits against those that the bureau alleged engaged in deceitful and predatory practices.

Why the changes to fair lending enforcement?

Since the bureau’s inception as part of Dodd-Frank, the Office of Fair Lending and Equal Opportunity has pursued lending discrimination, bringing several high-profile cases against lenders. Not only did it aggressively pursue discriminatory mortgage lenders, but other institutions as well, including automotive lenders. Herein lies the issue with most opponents of the bureau:
Why, as measure created out of housing lending crisis and created to address oversight and enforcement for mortgage lending, intervening in auto lending enforcement?
Well Dodd-Frank grants broad access for the CFPB, through the Office of Fair Lending and Equal Opportunity, to oversee and enforce fair lending practices. Under the Act, the Office of Fair Lending is tasked with:

Essentially, this means that the CFPB has had a say (one with the authority to force compliance) in any form of consumer credit offering… but moves under the current administration are setting the stage for a drastically different CFPB.

What roll-backs at the CFPB mean for consumers

So how does the changing role of the CFPB affect you and other credit consumers?
First, this does not mean the end of fair lending enforcement and consumer credit protection. The CFPB’s fair lending oversight responsibilities were concurrent with the regulation and oversight duties of other organizations.
However, the relative autonomy in exercising its enforcement policies made the CFPB an aggressive and effective regulator in the financial lending industry. Critics of the announcement worry that the move will greatly reduce the CFPB’s efficiency in addressing lending discrimination. 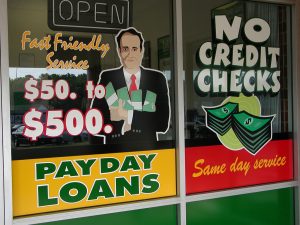 There are also concerns raised over the pull-back by Mulvaney on the CFPB’s efforts to try payday lending discrimination cases. Under the Acting Director, the bureau has dropped several payday lending lawsuits, including one lawsuit file just a year ago, involving four different lending firms.
Additionally, Mulvaney has announced plans for a review (and potential roll-back) on legislation the CFPB put in place this past October regarding payday lending regulation. The new regulations, which were set to take effect in January, would address lenders properly vetting loan applicants as well as set restrictions on certain lending practices.
Unfortunately, this puts even more oneness on you as a credit consumer to be diligent when consider loans or other financing options. It’s now even more important to make sure that you completely understand all details of a potential loan, including repayment structure and fees and penalties.
While there are other agencies tasked with reviewing and regulating fair lending enforcement, the recent announcement most likely means a decrease in efficiency and effectiveness in addressing discrimination cases as they will now be encompassing roles and responsibilities previously occupied by the CFPB.

Do you have questions about current loan programs in which you are enrolled or would like further information on how the CFPB’s decision will affect future credit applications, contact our team to discuss. You can also get more info on lending and investment information from our blog page.