The Wall Street Journal published an article by Jason Zweig and Andrea Fuller on August 31, 2020 explaining their analysis of how financial advisers fell short in meeting their obligations to disclose important information to individual investors like you.[1] The Wall Street Journal analyzed the filings made by investment advisers on the SEC Form CRS.  The article and analysis revealed what seems to be disturbing lack of candor by investment advisers.

It is fundamental to full and fair disclosure that if an individual investor wants to know whether their financial adviser, or a financial adviser they want to hire, has any legal or regulatory problems, that this information is easy for an investor to obtain.  To that end, the Securities and Exchange Commission (“SEC”) sought to simplify the process by which an individual investor can access this information.  The result of the SEC’s efforts was the “Form CRS.”  “CRS” stands for customer (or client) relationship summary.

This information has been available.  However, for the average “Main Street” individual investor, the information was not easy to find.  And when the customer complaint and regulatory history was found, the disclosures were difficult to understand.  The Form CRS[2] was intended to address this complexity and difficulty through simplification.  Thus, the SEC created what SEC Chairman Jay Clayton said in November 2018 would be a “clear and concise” document.  I think they succeeded.  Wall Street, however, failed.

END_OF_DOCUMENT_TOKEN_TO_BE_REPLACED

In Interactive Brokers, LLC v. Saroop, the United States Federal Court of Appeals for the Fourth Circuit made it clear that a broker’s contract that incorporates FINRA rules supports a breach of contract claim when the broker violates FINRA.  Further, this case reinforces the public policy of using arbitration to lower costs and create an efficient resolution forum for disputes.

Interactive Brokers that Saroop and two others (collectively, the “Investors”) opened accounts with Interactive Brokers where they were required to sign the contracts that provided that all transactions were subject to “rules and policies of relevant market and clearinghouses, and applicable laws and regulations.”  Interactive Brokers hired a third-party to trade the Investors’ accounts (the “Manager”).  Using the Investors’ margin accounts, the Manager invested in short-term futures, with a symbol of VXX.  The Manager sold naked call options for VXX, meaning that the Investors had the right to buy VVX at a set price until the option expired.  This works great if the market price increases but is a serious problem if the value decreases.  To make matters worse, the Manager traded using the Investors’ margin accounts.  A margin account is when you borrow money to purchase stock. This means that you can lose more money than you invested.

END_OF_DOCUMENT_TOKEN_TO_BE_REPLACED

Joseph Taub, who was indicted by a grand jury in New Jersey based on allegations of tax fraud and operating a scheme to manipulate stock prices entered a plea deal where he admitted to orchestrating a market manipulation scheme and defrauding the government of taxes.

According to the indictment, Taub used multiple accounts to carry out his market manipulation scheme.  He would use one account to purchase a large number of shares of a particular publicly traded company whose share price he wanted to manipulate.  In coordination with co-conspirators whose names were on various other ‘straw’ brokerage accounts, Taub would direct the placement of numerous smaller buy orders in those straw accounts.   The multiple small buy orders caused upward pressure on the stock price.  After the stock price had increased, Taub would sell the large number of shares he had purchased in his account, taking a profit.  Next, Taub would direct that the shares in the straw accounts be sold, or, if an order had not been executed, to cancel the order. According to the indictment, the co-conspirators expected to lose on their trades in the expectation that the losses would be made up on the large trade made by Taub.

END_OF_DOCUMENT_TOKEN_TO_BE_REPLACED

Stock fraud is awful, but it should not surprise you that it happens.  There are bad people out there who think nothing of stealing money from anyone they can.  Stock fraud, I bet, has been happening since corporations became a thing.

Stock fraud may occur when a company defrauds investors when convincing them to buy shares in their company.  The investment fraud may be a market manipulation scheme.  It may be an unethical brokerage firm forcing their brokers to sell the ‘stock of the day’ knowing full-well the stock is not worth a fraction of what the price the sell to you.

But, perhaps the worst form of stock fraud, to my mind, is the stock fraud that takes advantage of people’s fear about current events.  Understandably, potential investors or victims of fraud are today extremely concerned and frightened about catching Covid-19.  This is especially true for that frequent target of fraudsters, older people.  Not only is this segment of the population more vulnerable to Covid 19, but their fears are likely at a higher level.  This set of circumstances just creates a more fertile ground for investment fraud that takes advantage of loneliness and fear such as we have today with the pandemic.  So, it is vital to get the word out to older people and their children or caretakers to be especially vigilant about investment fraud phone calls.

END_OF_DOCUMENT_TOKEN_TO_BE_REPLACED

When it comes to investments, all that glitters is not gold. While you can never invest without risk, some investment schemes are outright fraudulent and set you straight for failure.

But how can you avoid investments that are too good to be true? Even most importantly, how can you tell if you are a victim of an investment scam? Read on to find out!

1. It’s a Unique or Time-Sensitive Opportunity

END_OF_DOCUMENT_TOKEN_TO_BE_REPLACED

Did you know that Bernie Madoff stole $20 billion dollars before he was caught?

How did he do it? Well, people gave it to him.

Madoff was the leader of an elaborate Ponzi scheme that allowed him to take people’s life savings and destroy them for his gain. Unfortunately, most of the people who gave Madoff money have still not received it back.

END_OF_DOCUMENT_TOKEN_TO_BE_REPLACED 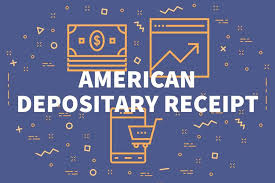 While ADRs present new avenues and opportunities available to you, they – as with any security – are not without risks. As an investor, you need to perform the necessary research and due diligence on an ADR-represented security prior to investing.

END_OF_DOCUMENT_TOKEN_TO_BE_REPLACED

The stock market is a volatile ecosystem at the best of times. Some years, investors lose trillions of dollars. At other times, the majority of investors turn a profit.

Part of the confusion is due to the complexity of the stock market. Investing in stocks has always been a specialist’s endeavor, requiring an understanding of both individual industries and the greater economy. This specialization makes rocket science seem simple in comparison in today’s rapidly shifting economy.

Are you wondering what forces are at work that causes even expert traders to lose money in the stock market? Today we’ll be focusing on securities fraud and the impact they have on the stock market.

END_OF_DOCUMENT_TOKEN_TO_BE_REPLACED

This year has seen some major ups-and-downs in the stock market. While fluctuations have been relatively small, their repetitive nature is significant.

For instance: you may not have noticed on the average day if the S&P 500 ended 1% below its intraday high or 1% above its intraday high, but now consider that it has fluctuated between the two over 70 times in 2018, and those minor shifts start to take on a lot more weight (this intraday fluctuation was recorded six times in 2017).

While the stock market maintains a seemingly placid overall performance on the surface, growing uncertainty over external and domestic economic factors are causing unease among investors, and exposing underlying volatility in the marketplace.

END_OF_DOCUMENT_TOKEN_TO_BE_REPLACED

The stock market is much older than many people realize: its roots come from Venice in the 1300s. Over the centuries, this early form of stock trading gradually developed into the investment options we’re familiar with today.

And ever since its inception, trading stocks has carried a certain level of risk. Most of the time, the risks pay off — sometimes in a big way. But investment is never a guarantee, and you can lose money in stocks just as well as you can make money.

Have you lost money in the stock market? Don’t panic. Now is the perfect time to plan your next move so you can recover and finish even stronger than you were before. Keep reading for our top tips to help you navigate stock market losses!