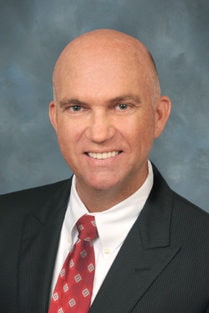 Robert "Bert" Savage was born in New Jersey but came to Florida for college and decided to stay. While at the University of Florida, Bert earned both his law degree and his MBA. He has been practicing in Florida since January 1994. Mr. Savage has significant experience in all manner of business disputes, insurance disputes and securities brokerage compliance and regulatory matters, including defending brokers who have been sued. He is licensed to practice in all Florida state courts as well as the Federal District Court for the Middle District of Florida.

Since graduating from the University of Florida with his undergraduate, master of business administration and law degrees, Mr. Savage dedicated his practice to helping his clients to achieve their goals.

Between 2010 and 2015, Mr. Savage was on the faculty of two law schools where he founded legal clinics to provide free legal services to those who could not afford an attorney. From 2010-2013 Mr. Savage was a professor at Florida International University School of Law, and then from 2013-2015, he taught at Western Michigan University Cooley Law School.

Mr. Savage was senior in-house counsel and chief compliance officer for a large regional brokerage firm where he and the two other founding members began the brokerage firm with three administrative staff and less than ten brokers. In the ensuing years, they grew the firm to more than 500 employees across most of the United States.

Mr. Savage worked in New York City as a regulator with the National Association of Securities Dealers, Inc. (NASD), now known as the Financial Industry Regulatory Authority (FINRA). During Mr. Savage’s time as a regulator, he investigated numerous customer complaints against registered representatives and brokerage firms.