While the stock market has been booming in recent years, 84% of stocks are held by 10% of the population. Despite this fact, there are millions of Americans that hold on to stocks and are no less susceptible to stock fraud than anyone else. Stock fraud can hit investors of all types, most especially those that aren’t as well versed in the world of trading.

Here are six signs that you might have been a victim of stock fraud that you need to look out for.

1. Brokers Trading Without Your Authorization

END_OF_DOCUMENT_TOKEN_TO_BE_REPLACED

When you consider the financial toll of a hurricane or other natural disaster, losses due to investment fraud is most likely not something you would factor in. However investment fraud following a catastrophic natural event is quite prevalent.

Many investors have found themselves in hot water after getting involved in investment opportunities related to hurricanes or other natural disasters. Scammers love using natural disasters to leverage investment fraud, as they are able to prey on vulnerabilities of both those directly affected by the event as well as those who want to help disaster victims.

In the wake of Hurricane Michael, you may receive unsolicited investment offers purporting to provide some type of opportunity for returns. These offerings may be related to disaster relief, clean-up, or even storm prevention. While it’s possible some of these offerings may be legitimate, chances are high that they are either too good to be true or a flat-out scam.

END_OF_DOCUMENT_TOKEN_TO_BE_REPLACED 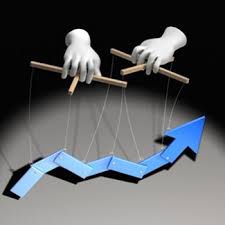 You know that the factors affecting an investment’s valuation go behind standard data and metrics. Often, an investment’s value can hinge largely on highly subjective factors, like public perception. The “reputation” of an asset or security can either signal an attractive investment opportunity or drive away investors.

You’ve probably heard of pump and dump schemes; a form of stock manipulation wherein essential information about an asset may be misrepresented or misreported in order to artificially drive-up its value before the scammer dumps their shares. In these types of schemes, fraudsters create a buy frenzy by promoting a stock as a desirable investment.

Well there’s also an inverse to this type of investment fraud and it’s called a short and distort scam.

END_OF_DOCUMENT_TOKEN_TO_BE_REPLACED

What Are Fraudulent Stock Promotions?

In fraudulent stock promotion scams, fraudsters hype a certain stock to generate investor buzz. Once a buy frenzy occurs, fraudsters will quickly sell off their shares, leaving investors to take the hit.

END_OF_DOCUMENT_TOKEN_TO_BE_REPLACED

Maybe you want to make it big as an investor. Maybe you just want a nest egg for retirement or financial security for your family. Whatever the reasons, thousands of Americans everyday make their first steps to becoming active investors.

Before hitting the market though, there’s a lot would-be investors need to know; like understanding the different types of stock and securities investments, and how active an investment approach you’d like to take.

END_OF_DOCUMENT_TOKEN_TO_BE_REPLACED

Amid the fallout of 2008, when the nation’s banking giants toppled and our economy was sent reeling, Federal legislators and regulators decided that changes were needed. Most of these changes took shape as the Dodd-Frank Act, which provide the framework for much of our current banking regulation and oversight.

You’re probably familiar with Dodd-Frank, at least in part. It’s been a near constant topic of discussion on both Wall Street and Capitol Hill since it took effect. And this conversation has only increased during the Trump Administration.

However, did you know that part of Dodd-Frank requires banks to submit a financial doomsday plan outlining how they will dissolve in the event of a catastrophic collapse?

END_OF_DOCUMENT_TOKEN_TO_BE_REPLACED

The Securities and Exchange Commission (SEC) has announced that investors should be on the lookout for fraudulent claims using Forms 4.

A Form 4 is filed when investment insiders (officers, directors and anyone holding 10% or more in company securities) execute transactions. A Form 4, which must be filed within two days following a transaction, serves to inform the public of the insider’s transactions in company stock and other securities.

Apparently, scammers and fraudsters are posing as brokers and providing false Forms 4 and other official documentation to investors in order to sell them fake shares. By using forms that appear to be sent from the SEC and other regulatory agencies, scammers seek to legitimize fraudulent claims.

END_OF_DOCUMENT_TOKEN_TO_BE_REPLACED

Jordan Belfort may have bestowed the title ‘Wolf of Wall Street’ on himself, but we all know that wolves travel in packs – and it looks like Wall Street is full of them. The Consumer Financial Protection Bureau (CFPB) a financial watch-dog group has recently released a database outlining complaints against several of the nation’s top banking and investment groups. The database, which focuses heavily on Wall Street stalwarts, including Citibank (part of Citigroup) and Chase (of JPMorgan Chase), is chock full of consumer complaints against these financial giants in regards to predatory banking tactics.

By navigating a simple search by name of any number of these banks, consumers can find mass-stores of complaints lodged against them, most stemming from the 1999 repeal of the Glass-Steagall Act.

Instituted in 1933, the Glass-Steagell Act served to prevent banks holding insured deposits from affiliating with investment banks and brokerage firms on Wall Street. The Glass-Steagall Act protected consumers from falling prey to stock fraud and financial abuse from these entities. Under pressure from large Wall Street firms, such as Citigroup, the Act was repealed under the Clinton Administration, ushering in a new era of gross misconduct and financial abuse on an unwitting public and laying the groundwork for the eventual economic crash in 2008.

END_OF_DOCUMENT_TOKEN_TO_BE_REPLACED

When you have a stockbroker handle your investments, you expect that this person won’t violate legal and ethical standards. But sadly, this isn’t always the case, and below are several reasons you may need to hire a stock fraud attorney.

In order to know when to buy or sell an investment, clients need enough information from their broker in order to make a sound decision. However, some brokers fail to reveal important facts or they make false claims such as “I have an inside tip.” Brokers can potentially be held liable if clients make poor investments based on misrepresentation or omissions.

END_OF_DOCUMENT_TOKEN_TO_BE_REPLACED

If you have been the victim of broker misconduct, you may be wondering if you need a stock fraud lawyer.

Here are just a few things that indicate that you need to obtain the services of an experienced stock fraud lawyer: