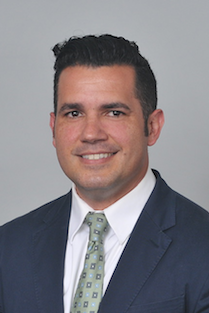 Alfred Villoch, III, is a Tampa native and founding member of Savage Villoch Law, PLLC. He graduated with his bachelor’s degree from the University of South Florida in 1998 and his law degree from Penn State University in 2002. At Penn State, Alfred was the Editor-in-Chief of the Penn State International Law Review and received the Paul L. Stevens Memorial Scholarship.

Alfred brings a significant amount of experience to the firm. During his time at Penn State, Alfred served as a law clerk for the late Honorable Robert J. Woodside, a federal judge in Pennsylvania. After graduation, Alfred associated with a large Delaware firm where he represented national corporations, like KB Toys, Inc., Integrated Health Services, and Touch America Holdings, in bankruptcy and reorganization proceedings. In this fast paced, complex environment, Alfred prosecuted hundreds of claim objections, obtained emergency first-day relief for corporate debtors, and assisted in the formation of chapter 11 plans and disclosure statements.

When he returned to Tampa, Alfred gained even more experience by representing certain financial institutions, like SunTrust Bank and Bay Cities Bank, in several collection matters. He also defended brokerage firms and financial advisors in FINRA arbitration and once represented a receiver appointed in two federal cases, one involving a $350 million Ponzi scheme.

Most recently, Alfred worked as private counsel for the second largest auto insurance company in the nation. There, he litigated and defended hundreds of personal injury cases in Hillsborough, Pinellas, Pasco, and Polk counties. He also represented the company in some matters involving personal injury protection (PIP) benefits.