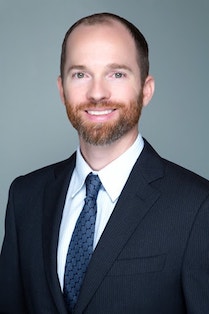 Stephen was admitted as a member of the Florida Bar in 2013 and began his legal career defending major insurers in suits involving Personal Injury Protection (PIP) benefits. He also has considerable experience defending criminal defendants in the courtroom. At Savage Villoch Law, Stephen’s practice is focused on insurance defense and civil litigation, and he represents clients in cases throughout the State of Florida.

Outside of the courtroom, Stephen, his wife Christina, and their two children, enjoy a variety of outdoor pursuits including hiking, camping, and fishing. Stephen is also actively involved with his children’s scout groups.

The Florida Bar
Member Since: 2013