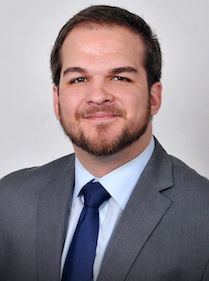 Born and raised in St. Petersburg, Florida, Dalton received his undergraduate degree in Political Science from Stetson University in DeLand, Florida. He then returned home to St. Petersburg, where he received his Juris Doctor from Stetson University College of Law. During his time at the undergraduate level, Dalton was introduced to volunteering with the Special Olympics of Florida and continued to do so while attending law school. During his time in law school, Dalton gained invaluable experience with one of the nation's largest manufacturers, working directly with the company's in-house counsel.

Dalton focuses his practice on complex insurance coverage analysis, automobile negligence claims, SIU/Fraud investigations, and declaratory actions. Prior to joining Savage Villoch Law, Dalton worked for a large insurance defense firm, where he handled cases for major international insurance carriers and their insureds in Florida. Additionally, Dalton enjoys a skill set in employment litigation having previously worked in this area of law.